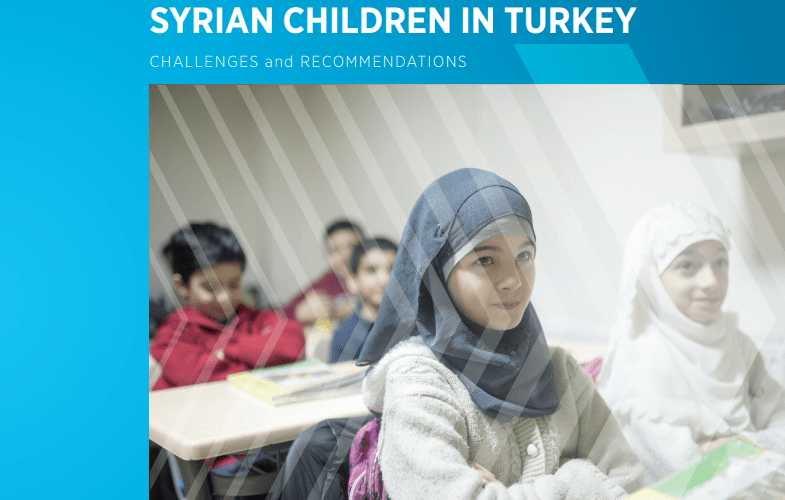 Introduction
As a result of the ongoing war in Syria, now entering its sixth year, more than 13 million people have
been displaced. Approximately 5 million of the displaced Syrians sought refuge in neighboring countries
Turkey, Lebanon, Jordan, Iraq and Egypt. According to the data from August 2017, there are 3.1 million
Syrians in Turkey, 1 million in Lebanon, 660,000 in Jordan, 240,000 in Iraq and 120,000 in Egypt. Out
of the 5.2 million Syrians who are currently hosted in these 5 countries, 750,000 are between ages
0-4, while 1.75 million are between ages 5-17. In other words, almost half of the Syrians who sought
refuge are school-age children under the age of 17 (UNCHR, 2017). In Turkey alone, there are 1 million
school-age Syrian children between ages 5-18 and 490,000 toddlers between age 0-4 (Göç İdaresi Genel
Müdürlüğü [General Directorate of Migration Management], 2017). In addition to these figures, hundreds
of thousands of individuals have transitioned into adulthood while living in Turkey over the last 6 years.